“In the coming years it’s imperative that religious leaders must rethink alternative strategies for laying the dead to rest, and greener and sustainable cremations
should rather be considered than burials.”

This is according to Prof Ravinder Rena who was one of the speakers during the recent 2nd Pan African Cemeteries and Crematoria Conference in Durban.

This conference was organised by the South African Cemeteries Association and attended by researchers, academics and policy makers from across the world.

The event aimed to shine the spotlight on the shortage of burial places and included themes such as Africa’s trends and paradigm shifts on burial alternatives and land scarcity; Traditional, Cultural and religious dynamics of the industry and Sustainable cemetery development – Africa’s perspective and status quo.

During his address Prof Rena, a professor of economics at the North-West University (NWU) Business School, unpacked some figures regarding global population growth and a need for cremation practices.

He noted that the world’s population currently stands at 7,7 billion – more than double than the 3 billion in 1960.

“In the face of this exponential population growth and given the amount of land used for burials, we are running out of space,” he said.

“If we don’t take precautionary measures, our great-grandchildren will have to build their houses on graveyards.”

Prof Rena agreed that religions and belief systems have to be respected, but noted that in Japan, regardless of religion, 99% of the population was cremated.

Elsewhere in the world this trend is also gaining traction. For example, cremation rates in the United States have increased from 3% in 1960 to about 60% today. 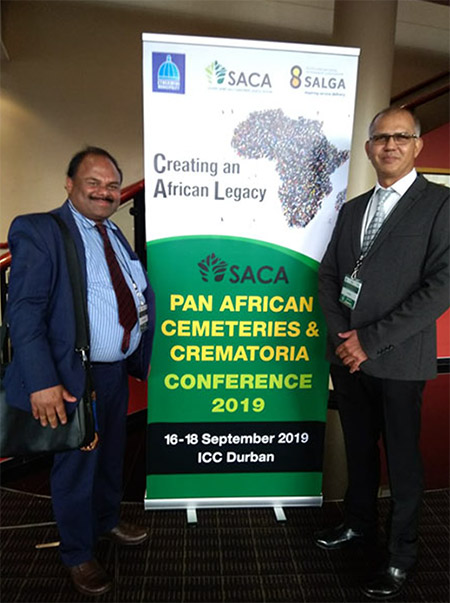